The impact of human-robotic integration in the workplace 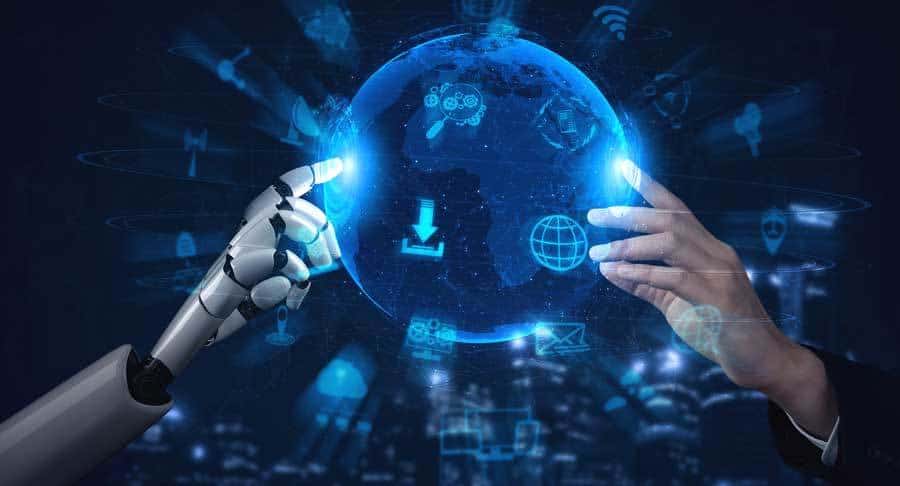 In this research briefing
[hide]

As we start to move out of industry 4.0 and into industry 5.0, or from simple digitisation and the use of artificial intelligence into human-machine collaboration and human enhancement, one of the areas of increasing organisational and research focus centres around both how machines and humans can cooperate and how humans will have to adapt for this shift.

Until now, the vast majority of industrial robots have not been licensed to work in close proximity with humans. With a few exceptions, most robots within the workplace are strictly segregated from humans and are often working in cages or the humans are caged and separated from the robots, largely for health and safety reasons.

The robots are here

However, in the last 10 years there has been a significant upsurge in the number of robots licensed to work collaboratively with humans. The range of issues that exist when placing humans and robots in close proximity is considerable. These are not merely technical issues to ensure the safety of the humans, but also socio-technical, as the role of machines and robots move from completing discrete functions to working collaboratively with each other.

The impact of increasing robotisation

As more and more robots are designed and integrated within the human workspace it is becoming increasingly important for organisations to consider the impact that this has on humans, as well as the tasks themselves. Such issues include:

A number of recent studies have shown that working with, and in, close proximity to robots can have a significant impact on a range of dimensions for the people involved. This ranges from the impact of individuals working entirely alone and separated from other humans, but in the company of one or a number of robots, through to workplaces that have multiple robots and teams of humans working together for extended periods of time. Indeed, we are getting to the point at which robots will very shortly be ‘part of the team’ in a number of scenarios.

The question is how do these robot-human scenarios impact both humans, the workplace and their incumbent organisations?

Previously, the common narrative about digitisation and use of robotics and machines in the workplace was that they would replace humans, particularly in repetitive, dangerous and error-prone tasks. Whilst in limited circumstances this has occurred it is becoming increasingly clear that human replacement is a very limited vision. What is starting to transpire is that leveraging the unique strengths of humans and robots to work together brings significant advantages to organisations.

One of the problems with the human replacement model is that, if there is a breakdown anywhere in the production line or process, the entire process grinds to a halt. Recent studies are showing that the tangible cost of such stoppages are costing industry an average of between $1 million-$7 million an hour globally. Because many of these workplaces have been predicated on separating humans and robots, the entire production line has to be stopped in order for humans to enter the space to fix the problem. Now, whilst some of these workplaces are developing robots to fix machines themselves this, it is being found, is just pushing the problem a little further down the line. As a result, many human replacement programmes are now moving to industry 5.0 scenarios where robots and humans collaborate. A number of studies have found collaborative workplaces are significantly more flexible and adaptable, and have significantly fewer stoppages and other technical problems.

The study found that there are a series of positive and negative attributes that accompany human-robot collaborative workspaces. The most significant themes that the researchers discovered are:

However, the study also found that the following negative issues tend to arise in human-robotic collaborative work scenarios:

The study also found that there are a number of organisational positives that stem from human-robotic collaboration:

As a result of the study, the researchers found that there are a number of recommendations that organisations should consider when moving into human-robotic collaboration:

The old full workplace automation paradigms are starting to give way to augmented human paradigms where machines and robots work in collaboration with human beings, leveraging both their strengths. This is proving to be significantly more productive, adaptable and cost effective for most organisations. It is, therefore, important to consider how to effectively integrate and augment human capabilities with those of robots and machines.