Why you didn't get promoted - psychological entitlement 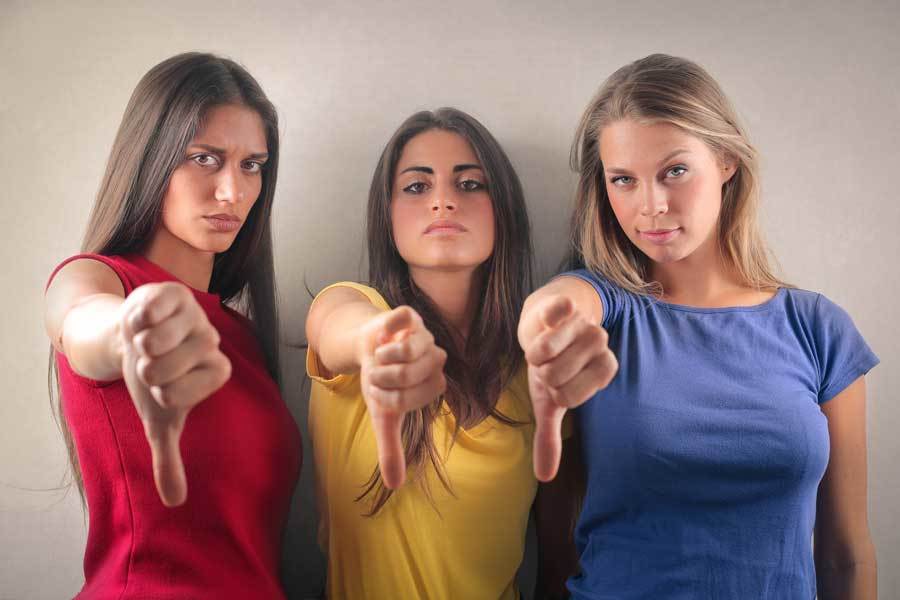 Ever had a promotion turned down? Social norms and a sense of entitlement could be the reason …

Ever wondered why you or someone else didn’t get promoted when they should have done? This not uncommon situation, where someone who deserves to be promoted ends up getting blocked, occurs regularly in many organisations and it could all be down to social norms and people with a sense of psychological entitlement.

Social norms are the rules that guide and constrain behaviours within any culture or society and both stem from and control what is appropriate behaviour within that environment. Social norms are the arbiters of order, organisation and structure within any society. However, despite the fact that they regulate social interactions and maintain order within a society, norm violations are frequent.

A number of previous studies have found that in many societies regular and blatant norm violators tend to be controlled, often in subtle ways, and they are frequently prevented from being able to gain positions of influence.

These are normal parts of everyday life, but the questions are:

The norms of any group are actually a series of behavioural standards based on the values of the group and they help the group to work together effectively to ensure the survival of the group and that it prospers as much as possible. These norms include how people are going to interact and communicate with each other, how their relationships are going to be structured, what is considered to be prosocial behaviour and therefore rewarded, and what behaviour is antisocial and is therefore likely to attract some form of disdain or punishment.

Clearly, one of the most potent methods of ensuring the people work within the norms of the group is the threat of expulsion. A number of previous studies have found that groups tend to distribute their resources based on individuals’ observance and respect for the social norms of the group.

In large societies that have moved beyond the village stage in terms of size, many social norms tend to be codified as laws and enforced by professional enforcers (the police, for example). However, in social groups and work teams there are rarely individuals whose sole responsibility is the enforcement of the norms.

In short, social norms create the common foundation that help to make that group or society run more smoothly, preserves harmony and creates systems and structures for getting things done. They also tend to protect that group’s hierarchical structure and the status of certain positions and individuals within that group.

Additionally, norms are a primary method of reducing uncertainty within group and team contexts.

Research in 2005 found that rule or norm-following individuals tend to be seen as more trustworthy and are significantly more likely to become and be accepted as leaders within that society.

Norm or rule violators not only increase the level of uncertainty within the group, but also tend to be perceived as generally threatening. As a result, norm violators tend to provoke anger, blame, derision and to face a series of direct and indirect methods to either get them to conform or exit the group. Studies in 1992 found that norm violators are usually considered not to be committed to the group or its individuals, regardless of whether they are and, if they are in management or leadership positions, are very likely to be removed from those positions.

Societies and their norms are built not only on people’s willingness to follow those rules, but also to enforce them and deal with any norm violators.

Despite these previous research findings, later studies have found that the reaction of group members to norm violations is more nuanced than that suggested in older research studies. For example, studies in 2014 and 2015 found that some norm violations can actually propel an individual into a leadership position, particularly when they are seen as being signs of better thinking, autonomy and freedom from previously redundant or oppressive rules. In more individualistic cultures (particularly the West), which tend to value autonomy, critical thinking and freedom, norm violators can frequently find themselves projected into positions of influence and power.

What such research shows is that some cultures have a greater tolerance for norm deviance, have greater flexibility and are significantly less likely to sanction norm violators compared to tighter more rule following collectivist cultures.

What such research shows is that some cultures have a greater tolerance for norm deviance, have greater flexibility and are significantly less likely to sanction norm violators compared to tighter more rule following collectivist cultures.

More recently, research studies have shown that in more individualistic cultures, individuals who are unconventional, think differently (within bounds) and display their individualistic nature tend to be more highly regarded than norm followers.

Studies in 2016 found that people who are prepared to stand out in such cultures tend to gain a higher status. What then happens is that they start to feel a sense of entitlement to be even more unconventional and break more norms. Conversely, norm followers in the societies tend to become low-entitlement and low expectation individuals.

Studies in 2005 and 2016 found that entitled individuals will often break the rules in order to enhance their social position and show that they have authority, power and dominance. This form of psychological entitlement stems from an association between an inflated sense of self-importance, which results in a continual round of status enhancing behaviours, frequently involving violating social norms. Studies in 2018 and 2019 have shown that psychological entitlement tends to develop and increase people’s motivation to dominate others and engage in behavioural strategies that further enhance this social status. Additionally, a 2018 study found that psychological entitlement is closely connected to a series of self-promoting values such as a concern with achievement, gaining power, dominance and improving one’s social position.

A range of previous studies have shown that psychologically entitled people are significantly more likely to:

expect that others will spend more time on them

Further, a 2017 study found that these status enhancing individuals tend to respond negatively to anything that forms a threat to their social standing. These negative responses include:

Because of their elevated position and social power, entitled individuals have been shown to have a hyper-sensitive defensive stance when faced with the norm violators. They react significantly more negatively and harshly towards other norm violators compared to low entitlement, low status individuals.

A new series of studies by a team of researchers from the Department of Social Psychology and the Department of Work and Organisational Psychology at the University of Amsterdam in the Netherlands, looked at whether high-entitlement individuals do, in fact, have a stronger negative reaction to other norm violators and whether this stems from a sense of protecting their own status (defensive routines).

What the researchers found

The researchers found that high psychological entitlement predicts whether or not an individual is likely to become a stronger advocate of the current social norms, whilst themselves still breaking them.

This hypocritical stance that high-entitlement individuals take was found to aimed at maintaining the group or society status quo as a defensive routine, in order to maintain their own social status. Such individuals are significantly less likely to be interested or act out of a sense of fairness, rather, they are significantly more likely to be acting out of a sense of status preservation and self-interest. In effect, people with a high sense of psychological entitlement break the social norms in order to maintain the authority and dominance, whilst at the same time pulling up the drawbridge and ensuring that other norm breakers can’t challenge their position.

In organisations this has been found to have a significant and negative impact on senses of justice, as people (often leaders and managers) with a high sense of entitlement will be seen to break social norms and rules whilst enforcing, often harshly, others norm violations.