The Oxford Review Volume 3 No 11 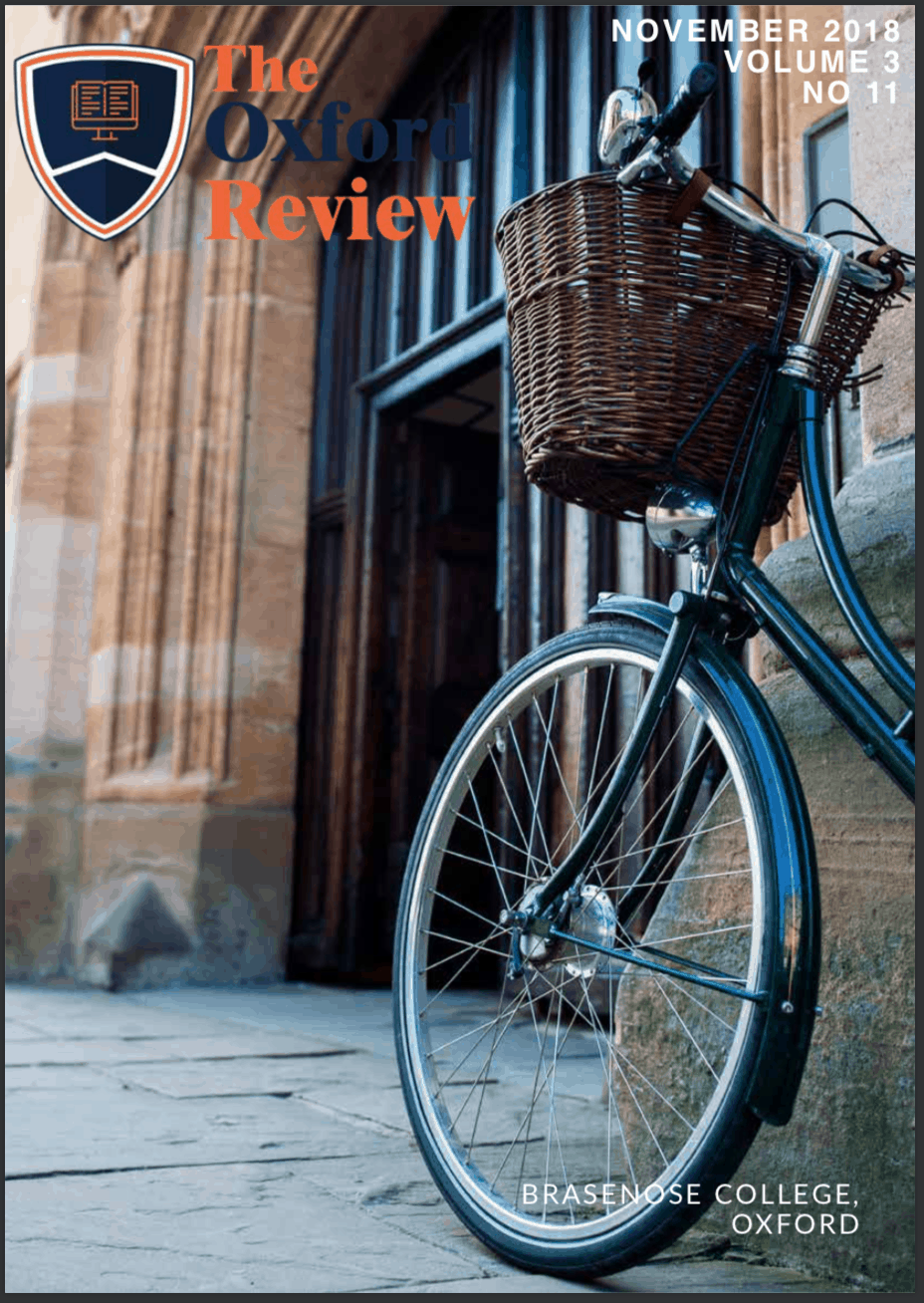 IT based learning environments are evolving rapidly, especially with the advent and rapid development of virtual reality (3D) technologies. Many higher educational institutions and organisations are experimenting and testing new technologies for their learning capabilities on an ongoing basis. One of the oldest, but most prevalent, 3D multiuser virtual world environments is Second Life, which is being used continually for learning purposes in the education and training sectors.

One of the continual criticisms of IT-based and online learning is that many organisations and educational institutions are just using technology as a form of knowledge dumping, rather than promoting the development of decision-making, creativity, critical thinking and foresight. There are exceptions to this generalisation, however recent studies have found that the vast majority of organisational and educational learning management systems are used for knowledge transfer, as opposed to skills and thinking development. Whilst many IT- based learning systems have progressed from being a repository for PowerPoint slides and articles, the progression has only been towards the use of similar materials in video and audio forms of knowledge transmission.

Recently, however, universities and some organisations have been exploring the application of 3D virtual worlds in educational contexts, in order to promote better decision-making, critical thinking and creativity. In particular, studies in 2013, 2014, 2016 and 2017 have all found that 3D virtual world environments can provide immersive conditions for simulation, role-playing activities and help support work collaboration and creative endeavours.

A new looking at the use of 3D learning environments has some interesting findings about the uses of them and what motivates sustained engagement in them. This study is very useful for anyone interested in learning generally and organisational learning using IT.

As has been noted in previous research briefings, there is a plethora of management and leadership styles and sub- styles emanating from research. One such leadership style is that of empowering leadership, which really came out of empowerment theory developed in the mid-1970s and led to the whole empowered employees movement within organisations.

Empowering leadership refers to leadership behaviours that are primarily focused on delegating authority to employees and promoting self-directed and autonomous decision-making, coaching, knowledge sharing and a coaching /facilitative style of leadership.

Whilst the empowering leadership style has been found in a number of previous studies to be a distinct form of leadership, and differentiated from transformational, transactional, and laissez-faire leadership, it is, however, considered to be part of the servant leadership ‘family’.

The aim of an empowering leadership style is to transfer power and decision-making to subordinates as much as possible whilst providing support to ensure that employees are equipped to be able to take on the responsibilities to make the decisions they need to make.

Evidence producing organisations: what they are and how they have developed

Evidence-based practice is largely developed on the basis of its use in medicine, however, other sectors such as education, organisational development, policing and the airline industry are rapidly engaging with it.

One of the primary concerns of any organisation is that of employee performance. A raft of studies over the last 90 years has found that leadership management behaviour is a primary predictor of performance of employees. Indeed, a number of studies, particularly around service industry organisations, have gone as far as to say that the success of the organisation is largely dependent on its managers and leaders. The main reason for this statement is that it is the knowledge, attitudes, emotional capability, skills and behaviour of the leaders that have the main influence on employees’ own emotions, behaviours, thinking and attitudes.

In particular, transformational leadership has been the focus of much research and organisational interest, as it aims to engage and motivate followers to rise above their own self-interest by altering their morale, ideals, interests and values in order to motivate them to perform in a way that has the interests of the organisation at heart.

This research briefing is essential reading for leaders, executive coaches and anyone involved in leadership development

A range of previous studies have identified a plethora of beneficial outcomes of executive and leadership coaching including:

However, despite all of these previous studies, there is little robust research looking at how to measure coaching outcomes and manage the coaching process.

A new review of previous research and study by a team of researchers has proposed a Coaching Success Metric for the measurement of the success of leadership and executive coaching.

Micro-learning: what it is and how it integrates with knowledge management

A 2017 study discovered that the rise in information and news consumption through social media is largely conditioned by news information overload. Additionally, this study found that the news presented through social media tends to be significantly shorter in length and less detailed. This move has coincided with fewer people paying for traditional journalistic sources, such as newspapers and longer form articles. Whilst this move is not ubiquitous, there is a trend towards shorter bite-size snippets of information.

In the organisational learning and knowledge management arenas, many organisations have been shifting their focus away from face-to-face ‘in-person’ workshops and learning towards e-learning approaches. Mirroring the trends in news consumption, e-learning, training and education are also moving in the direction of smaller bite-size chunks.

A new (2018) study by researchers has conducted a review of recent research looking at the connections between micro-learning, knowledge management and competency-based learning in the workplace.

This research briefing will be extremely useful for anyone involved in organisational learning, learning and development, e-learning and knowledge management.

Narcissistic leaders: What are the main factors of good and bad narcissistic personalities?

Whilst many people believe that narcissism sounds like a bad trait, in fact the vast majority of the population have some degree of narcissistic tendencies. Within psychiatry and psychology there are considered to be positive and negative types of narcissism.

Generally, narcissism refers to an excessive interest in oneself or in admiration of oneself and one’s physical appearance. Narcissism includes extreme levels of selfishness and a grandiose view of one’s own talents and a craving for admiration, adoration and adulation. It is, in effect, a form of egocentrism and egotistic pursuits.

As stated above, the vast majority of the population have healthy levels of narcissistic tendencies. However, Narcissistic Personality Disorder is a serious psychiatric condition.

A 2008 psychiatric study found that the prevalence of lifetime Narcissistic Personality Disorder exists in:

This research briefing will be useful for anyone involved in leadership and personal development, HR, and work psychology.

The 8 primary features of practical leadership and management wisdom

Just a quick look at the number of peer-reviewed research articles on the following topics probably tells you everything you need to know about the overall research effort being put into leadership or management wisdom:

Number of papers (all time)

Not only is wisdom the poor relation of decision-making, it is fascinating to note that there are approximately twice as many management wisdom papers than leadership wisdom papers.

Previous studies have found that concept of practical wisdom is somewhat of a ‘slippery concept’. The ambiguity around being able to define what wisdom is and how to become wise/have wisdom probably accounts for some of this lack of attention. A number of previous researchers have concluded that the idea of practical wisdom is so fuzzy and difficult to analyse that providing research-based conclusions and guidance with any level of certainty has hitherto been virtually impossible.

The situation hasn’t been helped by the fact that there is little agreement between researchers about the tools and methods for conducting research into practical wisdom.

A new study by a team of researchers has conducted a wide ranging synthesis of research into practical leadership and management wisdom in an effort to bring some clarity to the field and provide a framework to help thinking about this topic.

This research briefing will be really useful for anyone involved in leadership and leadership development, or who are interested in wisdom in the workplace

In these days of dynamic and rapidly changing markets and environments, general organisational flexibility and adaptability are key components for a competitive advantage and organisational sustainability.

Political, economic, social, technological, environmental and legal changes external to an organisation frequently have a significant impact on an organisation’s operations and viability. The ability of an organisation to be able to adapt and respond positively is a key organisational trait, particularly in times of volatility and change. Recently, attention has turned to how to increase the level of adaptability and flexibility within organisational supply chains.

Continued supply of materials and equipment during times of rapid change and volatility, including pricing fluctuations and political/economic upheaval, is a critical survival and success issue.

Little research has been conducted looking at what it is that facilitates supply chain flexibility and how organisations can develop a flexible supply chain strategy.

A new study looking at how to develop supply chain flexibility during times of environmental dynamism (rapid change) by a team of researchers has made some really useful findings.

This research briefing will be useful for anyone interested in organisational learning in times of rapid change and volatility and in sully chain flexibility.

The impact of worrying on intolerance of uncertainty

Previous research has found that approximately 77% of the population worries about three things on a daily basis. 2% of the population has been found to have excessive and uncontrollable worrying, to the extent that it harms their health. Excessive worrying is a primary feature of Generalised Anxiety Disorder.

The most frequent worry for the vast majority of people centres around interpersonal relationships.

Worry refers to a chain of thoughts and images which are negative and can feel relatively uncontrollable.

The primary characteristics of teams and individuals involved in Agile

Agile has become a key area of interest for many organisations. The agile movement started in the software industry and today approximately 60 to 90% of software engineering firms use agile practices and project management.

As a result of intense organisational interest in agile methods and management, academic researchers have also become focused on what the characteristics are of successful agile management and projects.

Agile refers to a process whereby products and services are developed, in collaboration with the end user or customer, whereby both the requirements and solutions evolve using an iterative process. The development of products and services is undertaken by self-organising and cross-functional teams who work in collaboration with the end users in a way that is adaptive and based on:

This process requires active engagement and a rapid and flexible response to changes, amendments and fluctuating needs.

The relationship between entrepreneurial orientation and organisational performance

The entrepreneurial orientation of an organisation refers to a strategic set of outlooks including the organisation’s: