The 3 Main Conclusions and Findings About Culture Change 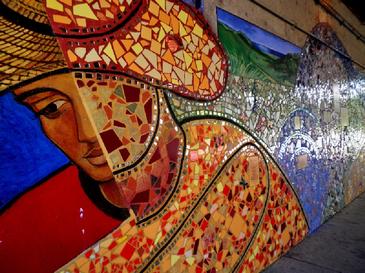 Continuing on from my culture change post last week New research and a new understanding about culture change in organisations, today I look at the findings from this paper. Members get the full references and links to obtain the paper.

Where people take their cultural cues from at work

Culture change: The researchers found that in an organisational setting most people take their cultural cues for behaviour and beliefs from the following areas of their life, in order:

Where people take their cultural cues from at home

This however differs considerably from their non-work lives. The influence of the differing cultural values looks more like this:

1. Family values
2. Their nationality
3. Rural v urban cultural values
4. Ethnicity
5. Their age / experience
6. Hobbies and pastimes
7. The organisation they work for
8. Their profession
9. Religion
10. Political affiliation, which did not appear in the organisational cultural ranking.

There are a few things to note from this.

The first thing is just how situational our behaviour and thinking can be. That we can behave in very different ways in different situations based on the culture.

Secondly this study shows just how much of a cultural shift people are making at work. This explains why people can behave so very differently in a work environment to how they would otherwise.

These finding show that many people are able to switch from one cultural setting to another and change their behaviours more or less to fit in with the operating culture of the moment. Also that variations in behaviour and thinking within organisations can be explained by membership of external cultures. Interestingly, this shows that just over one third of people are less influenced by the predominant organisational culture for their behavioural cues than say family or national cultural background.

Given the ability of people to switch to fit the predominant organisational culture, any thoughts that a poor organisational culture will fix itself, doesn’t look very likely. Just running workshops on culture to raise awareness is unlikely to make much difference for example. Culture changes through behaviour.
Incremental culture change is hard. As noted here, culture is about behaviour. The leaders really need to start and lead any culture change initiative, but it’s not what they say it’s what they do that will make the difference.