Understanding research: the direction of a correlation

Understanding research: the direction of a correlation 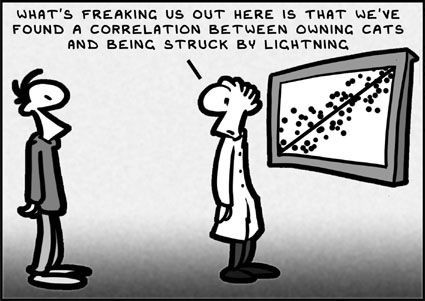 As mentioned in my last blog in the Understanding Research Series, correlations have a direction. So what does this mean?

Say you are looking at two factors which are correlated like the the grades students achieve and the amount of studying they do.

Some research found the following:

A negative correlation says the opposite. As one variable increases and other decreases. For example we could look at the grade a student gets compared to the number of beers they drink. What we are likely to find here is that the more a student drinks just before an exam the lower their grade is going to be. So the student who drinks just one beer before the exam is very likely to get better grades than the students who drink 15 beers before the exam!

This is a negative correlation. So the direction of the relationship between the two things are opposite, as one increases the other decreases.

The direction of a correlation is important because it tells you about the nature of their relationship.